Why Wearing Black Is Probably Holding You Back

I’ll bet like most people, you have been led to believe that wearing black is a staple of elegance and neutrality that is universally appropriate in your makeup and clothing.

I’m about to say the unthinkable – black may very well be making you look unapproachable, harsh and older. Wait! Don’t click off just yet!

Stay with me because I have a feeling if you’re interested in how to look radiant, attractive, and youthful, you’ll want to read the theory behind why banishing the color black from your wardrobe and makeup could be a turning point for you, and at the end I’ll give you a few awesome alternatives.

Black as an invisibility cloak

I was sitting in a style workshop run by Katherine Johnson who teaches how to align your appearance to powerfully communicate who you are more effectively.

She had me join as a guest to speak about how makeup also plays an important role in style communication from the neck up.

Being a dutiful participant, I was excited to hear what I could learn from Katherine about crafting my own style too.

That is until she declared that certain clothing, especially in the color black, can be seen as protective armor and/or an invisibility cloak when worn by most people – and I was one of those people.

I felt my stomach churn and my heart drop.

So if I wanted to communicate a message of trust and openness, black had to leave my wardrobe??

Wearing all black is THE uniform in the fashion world.

I was kind of having a death grip reaction to the idea of banishing black in my wardrobe.

Working in fashion was rarely about if I was a good artist.

I had to become tough as nails, impenetrable and able to see the calculating wolves around me. I walked a tightrope built on the webs of fragile egos, authoritarian power and privilege.

It was emotionally abusive. Even in the moments of my career when I was included to be among the biggest and best, I never felt safe.

And when I shared all that with Katherine, her eyes got bigger and she exclaimed, “That sounds really traumatic!”

Yes, it was traumatic. I started to see that black was part of my survival. A way to show I was badass, or to fit in and hide.

In that moment I realized that part of my path to healing from that experience, is getting rid of the color black, and allowing myself to be vulnerable and seen in a new way.

Wanting to be un-seen because it’s safer

Some of us are choosing invisibility on purpose, or without realizing it entirely.

There is a false sense of safety in invisibility.

In so many areas of life we are getting the constant conflicting message of “be great, but not too great as to threaten those in power”.

From a young age we’re taught, “You can be anything you want, just don’t make anyone uncomfortable in their set of norms.”

It creates a cycle of self-expression suppression.

The opposing desire to be singled out and for praised on your talents and gifts, but not singled out for being too different.

Katherine pointed out that how you approach your clothing sets an intention for the day that carries over into your entire life, which is something I often say to my clients about their beauty routines.

I got to thinking about the amount of times I have told clients to stop wearing black on their eyes.

Some women can pull it off, but it’s the exception, not the rule.

Wearing all black liner around the eyes (especially underneath) adds a harsh quality that diminishes the ability to see other features in an open and clear way.

It can also be incredibly aging to have too much black around your face.

…so Katherine and I were saying similar things from our varying expert perspectives.

FYI – The only women who can really pull off black for their eyes without detracting from their appearance are those who already have close to black hair and/or dark skin. Even still, it should be paired with other colors to soften the impact.

Black can be elegant and timeless.

It’s also easy and thoughtless to wear all black and simply recede, which is exactly what it does to your eyes.

[Read: 4 Steps To Timeless Makeup: Tips from A Pro] 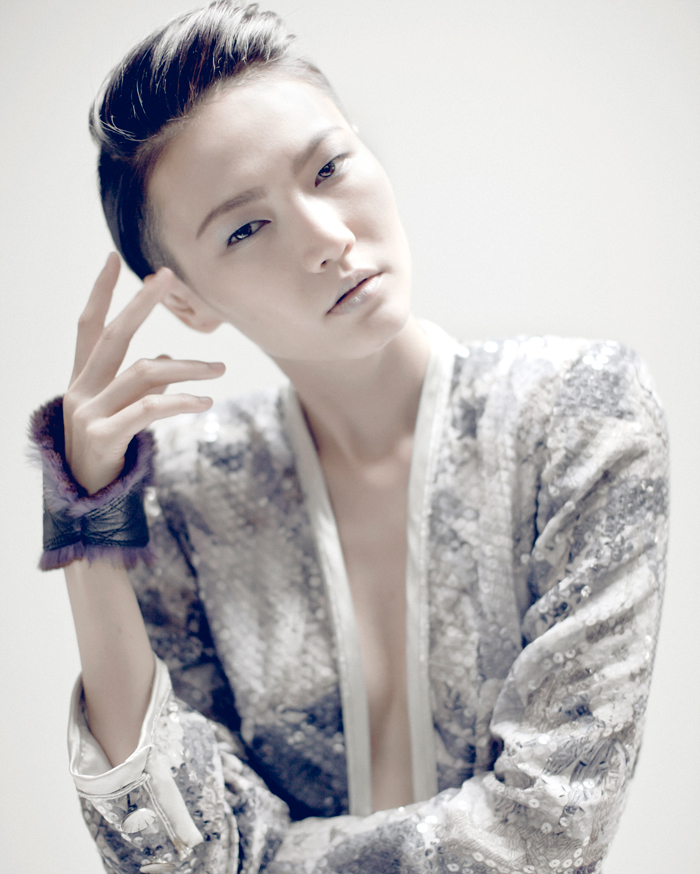 Black as a color has long been associated with expressing rebellion and anger. It’s the hallmark of the “cool crowd” –- who are usually acting tough and making poor decisions about their overall wellbeing.

We are pulled into its stillness and quiet depths wondering what is in the abyss.

That mystery that can be seen as sexy.

A lot of time one just finds more darkness. There’s a reason it’s also a color associated with mourning.

For makeup, I’m a major fan of plum, charcoal and navy on the eyes as they work so well with every eye color. You can even use a chestnut brown for something a little softer.

In terms of clothes, Katherine teaches people how to find their “element” and then offers colors that complement that element.

One of the most important rules she has is that your clothing shouldn’t get in the way of people seeing you. I would agree 100% that the same is true for makeup.

Start considering who you want to be seen as and what your appearance is telling people about you with its subtle messages.

Maybe like me, you’ll start to release the death grip you’ve had on the security blanket that is black, and things will look a whole light brighter when you do!

So where do you stand on the color of black in your makeup and clothing? Let me know in the comments below!

Images by Toto Cullen. Makeup and hair by Kristen Arnett.

Don’t buy another beauty product until you get this free toolkit!

Simple Day to Night Makeup Tutorial For Over 40 [Video]

Makeup Tips and TricksNatural Skincare for a Radiant Glow
March 14, 2019

What is a BB Cream? And Why Most BB Creams Aren’t Good For Your Skin