Yesterday I thought I was going to die.

I stared dead-on at a truck speeding out of control, knowing if it hit, it would be the last thing I saw.

And if this had been my last day, I would have been very proud of it. I’d been interviewed for a podcast that morning, passionately discussing all the things that matter in terms of my legacy on earth; what it means to be healthy and feel beautiful.

After I left the house to run an errand, and for whatever reason offered to bring my parents some treats from Starbucks — a shop I personally don’t frequent — but I know is a happy place for my mom.

So I took a selfie holding the reusable mugs I brought, to speak later on my social media about being personally responsible for simple, individual actions that impact waste and environmental sustainability.

This would have been the last photo of me. 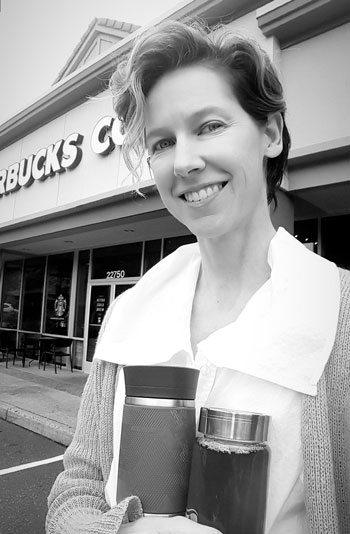 My parents would have been the last people I saw, and I got to tell them I love them.

How My Near Death Experience Occurred

Approximately 6 blocks from home, I was about to turn left into my neighborhood from an intersection that’s already a bit a scary. Because as people speed, often over the 55 mph limit, down the narrow highway that’s pinned between two cliffs, it can be hard to gauge when it’s safe to turn, as they quickly appear over the crest of the hill.

As I got the green light to go left, a police officer sped up from behind driving somewhat erratically with his lights, but no sirens. So I wasn’t sure if I should just turn, or try to pull over right into the only other lane available, potentially causing an accident with the through traffic.

A series of confusing moments began and the officer jerked his car to a stop in the middle of the intersection looked at me intensely and seemed to motion for me to stay put.

I had no idea I’d be caught in a police chase.

Looking back, I wish I’d just gone left, but there I was stuck in the middle of an intersection. Waiting, just like the woman behind me who also seemed perplexed at this odd location to be stopped.

So there was nowhere for me to go when I saw a Budget rental truck about 70-75 miles an hour headed straight at the hood of my car.

It had an empty trailer attached to it that was swinging wildly behind, as the truck tipped from side to side, swerving around two lanes of cars and into the oncoming traffic to weave through the intersection I was trapped in.

The out of control truck was about 2 feet from hitting me head-on.

I wouldn’t have survived the impact.

In that moment I thought if the truck didn’t hit or topple over on me, then surely the trailer behind it would crash into my car.

The woman behind me wouldn’t have fared well either. I looked in the rearview, and she was grasping her mouth. We both knew we narrowly escaped something horrific.

Photo from the Clackamas County Sheriff’s department when the truck inevitably crashed.

Then a seemingly infinite line of police cars with lights flashing, sirens blaring, and the loud push of engines grazed passed my driver’s side window.

Thinking the worst was over, a woman started driving into the intersection from the opposite side, but what she couldn’t see from her position was that another 10 or so police cars were coming around, over the hill, fast directly at me. The police almost hit her, and because of my position, locked midway in the intersection, they would’ve hit me too.

All I could do was sit and watch as vehicle after vehicle almost crashed into me.

The officer who stopped the traffic had also left in a flash. So no one knew what to do.

I rolled down my window and started flagging people to stop because I could see more officers racing down the road towards me.

Finally the cars stopped coming. The woman behind me and I were able to exit the intersection, and as we drove off she still had one hand clasped over her mouth.

As safely as I could, I raced over to my neighbor, a dear friend who listened and hugged me as I shook and cried recounting the story.

I took the day off from all the work I was eager to accomplish.

I knew that with all that adrenaline pumping, the most important thing I could do for my health was to lower my cortisol levels. A high level of cortisol in the body for too long is very damaging to our systems.

Every muscle, and micro muscle was clenched as I waited to be hit over and over again. So less than 12 hours later, the tendons between my fingers and toes, the muscles in my hips, shoulders and neck began to hurt. They still do.
My vision worsened, my breathing became shallow and fast, I was super hungry, and my tummy was churning – all effects of adrenaline.

There are a number of proven ways to lower cortisol, and I decided to employ all the ones I could.

My plan of action to come down after a flight response:

1. Reach out to friends for support.

2. Allow the feelings to be felt. Release by talking, crying, and getting a long hug.

3. Lay down flat with the weight of a blanket on top to ground my body.

5. Make an anti-inflammatory golden milk elixir. You could buy this from Garden of Life or make your own like I do.

7. Eat nourishing, grounding, comfort foods. (My neighbor gave me some vegan “meatballs” perfect for the pasta I was craving).

8. Take a walk in the grounding energy of nature.

10. Talk and write about the experience to get it out of my cellular memory stress pattern.

11. Get foot reflexology for grounding and moving trauma energy through.

13. Gently move and touch my body to release trauma in the fascia tissue.

14. Have a gentle adjustment with my trusted chiropractor.

What I didn’t do:

Watch a video I made about this incident, recovering from trauma, what self care means, and how it’s really been misconstrued in popular media here:

Some people believe in God, angels, or luck. This happened on the road to my grandma and grandpa’s home that I’d traveled so many times during this life. Both have since passed on, and I believe they showed up with an invisible wall of protection.

I was raised by a family of women who were strong – could survive anything – and plowed through to make it through.

My grandma miraculously survived some of the worst bombings during WWII in Nazi Germany. She always attributed her life being spared to the angels. She didn’t have the luxury of stopping to process her emotions, and make some golden milk. She just had to keep going to survive.

P.S. her story is incredible and worth the read. Get the book “Klara” on Amazon.

I’m fully aware that I’m not the only person to have stared down death’s door.

But, it’s not unreasonable to feel I couldn’t move on with my day like nothing happened.

I have the luxury to stop. I can pour love and gentleness and acknowledge my feelings. There is nothing wrong with that.

I’ve written about the effect of holding in emotions here and why healthy release is so essential.

Those of us who grew up in generations of the “suck it up” mentality, maybe don’t realize we’ve been chipping away our life force and vitality by doing so.

If all we ever do is power through, it’s no wonder why we look and feel so beat up or tired as we age.

It’s time to emphasize the importance of giving ourselves the spacious, loving process we need to honor, acknowledge and heal ourselves.

Do you resonate with this? Do you have other insight and wisdom about a similar experience you went through? Please share in the comments below. 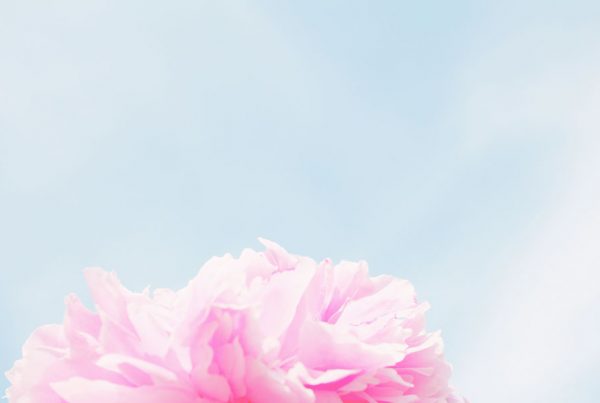 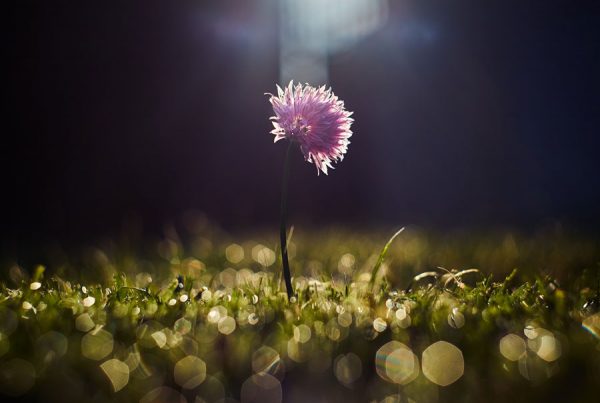 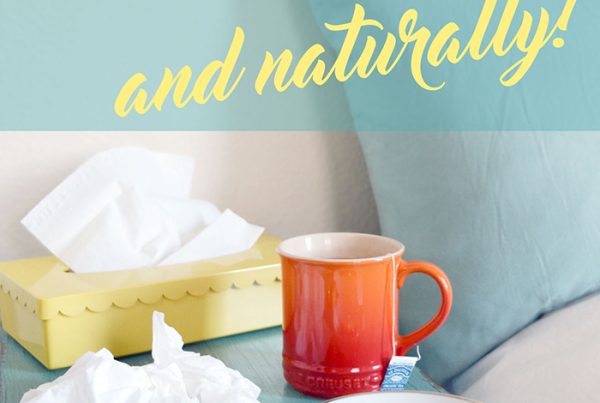 Healthy Eating and NutritionHealthy Self Care and Soul Nourishment
December 27, 2018

9 Ways To Get Over A Cold FAST and Naturally