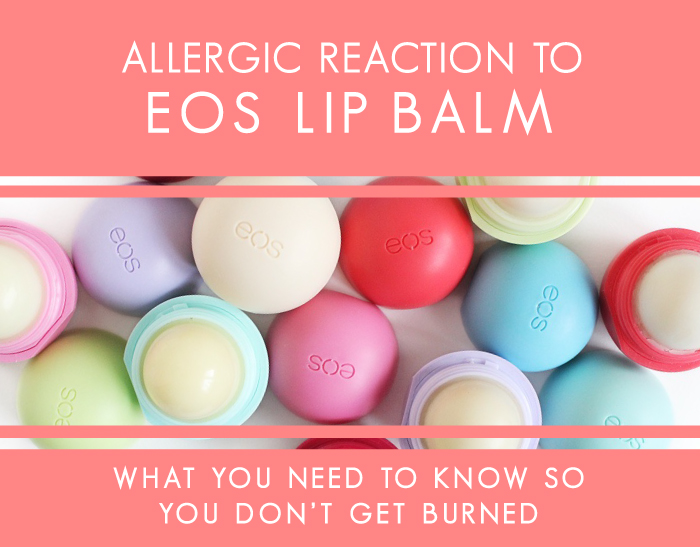 The lip balm brand, EOS, has recently come under fire from the FDA, in addition to a large group of angry consumers who have filed a class action lawsuit claiming the Easter egg-resembling balms caused severe adverse skin reactions.

Photos of women and girls who were using EOS Lip Balm showing (rather graphic) allergic reactions of  red, dry, cracked, blistered, and swollen lips and skin around the mouth are all over the Internet, as news continues to spread. (We are choosing not to post them here, but you can easily search for the images.)

I was more than a bit surprised when I saw that beeswax was called out by dermatologists as the main suspected culprit, claiming that one of the components of beeswax, propolis, has been linked to skin reactions.

Beeswax has been used successfully for centuries in topical herbal salves and balms, as well as in natural skincare products.

What is really causing the allergic reaction to EOS lip balm?

I’ve spent years formulating skin care, so when I read the EOS Lip Balm ingredients, I found some highly suspect skin-irritants which would be much more likely to cause such extreme allergic outbreaks.

And based on what my happened to my little girls when their lips had a similar reaction to those in the class-action lawsuit against EOS, I think there’s a lot more to uncover about this “natural” brand here.

To be clear, I did not do formal scientific testing on these products (but probably neither did EOS or they wouldn’t be getting sued by so many people).

EOS claims to use 99% natural ingredients, but in reviewing the ingredient deck, the big red flag I saw was “natural flavoring” among the top five ingredients on the list.

A single flavoring additive can contain hundreds of individual components, any of which can can cause a potential reaction.

Labeling laws do not require these individual ingredients to be disclosed, so there’s no way to know the product contains something a consumer is allergic to.

Yep – it’s true, and so frustrating that consumers are duped over and over by this term.

As a formulator myself, I know that “natural” doesn’t always mean natural when it comes to flavorings and fragrances.

Many of the additives and perfumes to used to make natural flavoring contain synthetic components.

Many of the expert commentators in the press release and articles stated that more than once as a rebuttle. They love using poison ivy as a classic example. Sure that’s true: natural isn’t necessarily safer, but there’s more to it than just that.

When a lip product smells and tastes like candy, people are even more likely lick their lips.

Saliva contains enzymes which are meant to break down substances as part of the digestive process.

Too much saliva, mixed with other potentially irritant ingredients on the lips, causes chemical exfoliation to occur, which is too harsh for the delicate lip area.

The FDA did point to overuse as one of their biggest concerns, because the packages are not labeled with any cautions or usage guidelines associated with frequency or amount.

Constant, and thick re-application of a product that contains even a small amount of one irritant or allergenic ingredient is obviously a bad idea.

Vitamin C is Not As Safe As You Think

I also noticed that the products contain Vitamin C, which can be skin irritant and is photosensitizing (i.e. has a bad reaction in the sun).

Plenty of people slather on lip balm when out in the sun, but if that lip balm contains photosensitizing ingredients like Vitamin C, the lips are at increased risk of damage from UV radiation.

Though coconut oil is loved by many, it’s not good for everyone. For many with already dry or sensitive skin, applying it can cause increased dryness and sensitivity if it’s not properly absorbed (and dehydrated skin often has absorption issues).

Inadequate absorption (or simply applying too much in the first place) can cause the coconut oil to form an occlusive layer on the surface, which can suffocate and also potentially drive other irritant ingredients further into the skin.

Coconut oil is also considered a tree nut, therefore the EOS lip products should have been labeled as containing tree nuts, which they did not, as noted by the FDA.

The same thing happened to my kids

My children received EOS lip balms in their Christmas stockings (from a relative) this year, and after reading the ingredients, I let them enjoy the balms they got for Christmas; though I did have to stop them from overdoing it on numerous occasions (apparently EOS lip balms taste really good—must be all that added flavoring).

When we went on vacation, my girls used the balms for more than a week. Towards the end of the trip I noticed that their lips looked quite chapped. I attributed it to the fact that they were licking their lips a lot because the balms tasted good, and that they were possibly reacting to something in the water, air, or sheets of where were staying.

They continued using the balms, and their lips continued to worsen in dryness and roughness, so I confiscated the balms (much to their dismay).

Soon after we arrived home, I saw the news about the EOS lawsuit and the same allergic reactions others were experiencing.

I’ve been making my family’s lip balms, as well as other skincare and personal care products for more than 5 years. Most them contain organic beeswax. No one in my family has reacted in any way to any of my beeswax containing products. I can say with great confidence that beeswax was not the culprit here.

Is it possible that the beeswax was an issue for some people? Sure.

Most people who opt to not use beeswax in their products do so because they prefer a vegan product. But I think there were far more likely suspects on the ingredient decks.

Were you one of the people who got “burned” by EOS’s lip balm too? Do you think they should have been under higher scrutiny by the FDA before going to market without appropriate warnings? Please tell me about it if you were in the comments below!

Healthy Eating and NutritionNatural Skincare for a Radiant Glow
August 16, 2020

Exposing the Beauty IndustryNatural Skincare for a Radiant Glow
October 16, 2019 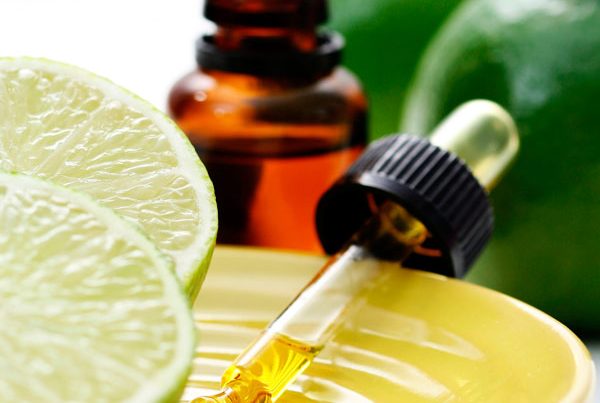 7 DIY Natural Skincare Ingredients You Should Never Use and Why

Rachael Pontillo is the bestselling author of the book Love Your Skin, Love Yourself and co-author of The Sauce Code. She’s a holistic skincare and nutrition entrepreneur, award-winning coach, product formulator, speaker, and educator. Rachael combines different holistic modalities to help people with skin conditions and self-image issues heal physically, emotionally, and spiritually so they can live their lives with joy and confidence. As a mentor, she helps professionals in the aesthetics and nutrition fields build their businesses and truly serve their clients in meaningful and sustainable ways. Rachael is the creator of the popular skincare and lifestyle blog Holistically Haute™, as well as the online course, Create Your Skincare™.